Description. “Monte Medo” (Mount High) is situated in the middle of a plain at the foot of the Sierra de San Mamede.
The sanctuary is in the Baroque and Neoclassical styles, surrounded by a wall which offers four doors to access the enclosure. The façade resembles a giant stone altarpiece.
Built seven years prior, but in a similar style to the façade of the Cathedral of Santiago de Compostela in the Obradoiro square, with its altar and balcony designed with large crowds in the square in mind.
Outside we find seven stone chapels of Via Crucis equidistant from each other. At the back of the complex, we find “A Carballa dos Milagres” (The Miracle Oak) with the “Fonte da Virxe” (Fountain of the Virgin). It is believed to be the the first hermitage dedicated to Santa or the Virgin, dating from the 9th century.
From the back access door of the site, we encounter the remains of the former temple lantern, also Baroque, from the 17th century. Continuing towards the front side of this temple,
we find the “Cruceiro da Piedade” (Cross of Mercy) with its origins in the 16th century, renovated and decorated in the 18th and 19th centuries. Since the 19th century the sanctuary has been run by the congregation of Padres Paules.
Throughout Galicia, northern Portugal and the north west peninsular in general, a novena is celebrated and recognised between the end of August and the 8th of September. During this period the sanctuary is filled with the faithful and by fairground stalls, where one can enjoy an authentic popular pilgrimage: both festive and religious, steeped in great tradition.

Cataloging. Inventory of Heritage Assets of the Government of Galicia Declared a National Historical Artistic Monument in 1982. 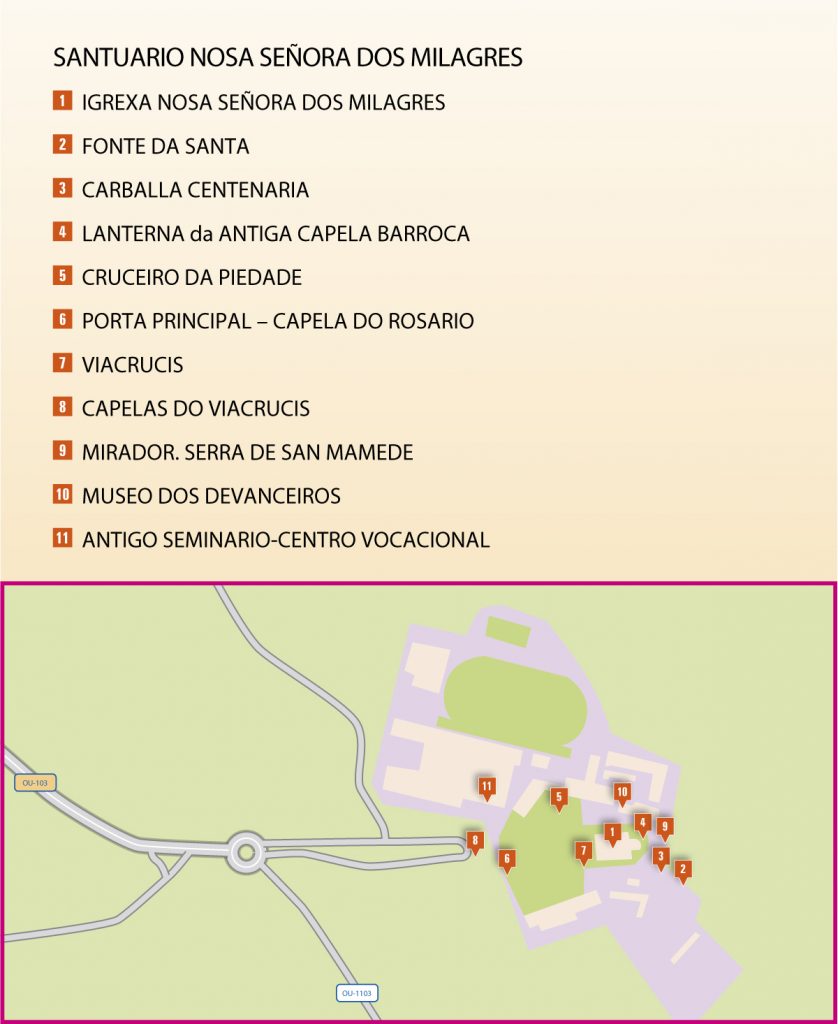